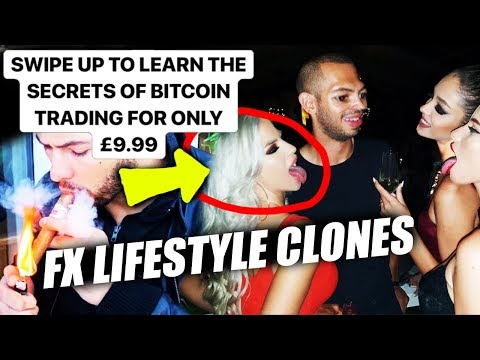 While reasearching Epstein's known associates, an interesting individual stood out. Lynn Forester de Rothschild, Lady de Rothschild. No intention of this being a Rothschild Conspiracy. If your are uninterested to read the content below, scroll down to Comment to get my summary and take on this information. As always please Fact check this.
(HJI) is a bi-partisan, transatlantic movement of business leaders, senior policy makers and academics focused on promoting a more Inclusive Capitalism. The HJI calls for international collaboration from businesses and other organizations to encourage the widest possible adoption of programs that improve capitalism as a driver of wellbeing for society.
The HJI grew out of the Task Force project For Inclusive Capitalism, which sought solutions to the effects on society and business as a result of the global financial crisis of 2007 – 2008 and the dislocations caused by capitalism’s practice over the past 30 years. The Taskforce, which was co-chaired by Dominic Barton, Global Managing Director, McKinsey & Company, and Lady Lynn Forester de Rothschild, CEO, El Rothschild, published its inaugural paper Towards a More Inclusive Capitalism in May 2012. The report sets out three pathways for business action that lie at the heart of the HJI’s mandate:
The HJI exists to highlight and support businesses and other organizations working to promote the broadest possible adoption of best practices in these and other areas related to Inclusive Capitalism. The HJI believes there is an urgent and compelling demand for business to act to address the greatest systemic issues facing capitalism today. The HJI also believes that business is best positioned to lead innovations in areas that need them the most.


WHO WAS HENRY JACKSON?

Henry Martin "Scoop" Jackson (May 31, 1912 – September 1, 1983) was an American politician who served as a U.S. Representative (1941–1953) and U.S. Senator (1953–1983) from the state of Washington). A Cold War liberal and anti-Communist Democrat), Jackson supported higher military spending and a hard line against the Soviet Union, while also supporting social welfare programs, civil rights, and labor unions.
Jackson was awarded the Presidential Medal of Freedom posthumously in 1984; Ronald Reagan called him "one of the greatest lawmakers of our century," and stated:


Scoop Jackson was convinced that there's no place for partisanship in foreign and defense policy. He used to say, 'In matters of national security, the best politics is no politics.' His sense of bipartisanship was not only natural and complete; it was courageous. He wanted to be President, but I think he must have known that his outspoken ideas on the security of the Nation would deprive him of the chance to be his party's nominee in 1972 and '76. Still, he would not cut his convictions to fit the prevailing style. I'm deeply proud, as he would have been, to have Jackson Democrats serve in my administration. I'm proud that some of them have found a home here.

Jackson was known as a hawkish Democrat. He was often criticized for his support for the Vietnam War and his close ties to the defense industries of his state. His proposal of Fort Lawton as a site for an anti-ballistic missile system was strongly opposed by local residents, and Jackson was forced to modify his position on the location of the site several times, but continued to support ABM development. American Indian rights activists who protested Jackson's plan to give Fort Lawton to Seattle, instead of returning it to local tribes, staged a sit-in. In the eventual compromise, most of Fort Lawton became Discovery Park), with 20 acres (8.1 ha) leased to United Indians of All Tribes, who opened the Daybreak Star Cultural Center there in 1977.
Opponents derided him as "the Senator from Boeing" and a "whore for Boeing" because of his consistent support for additional military spending on weapons systems and accusations of wrongful contributions from the company; in 1965, 80% of Boeing's contracts were military. Jackson and Magnuson's campaigning for an expensive government supersonic transport plane project eventually failed.
After his death, critics pointed to Jackson's support for Japanese American internment camps during World War II as a reason to protest the placement of his bust at the University of Washington.Jackson was both an enthusiastic defender of the evacuation and a staunch proponent of the campaign to keep the Japanese-Americans from returning to the Pacific Coast after the war.

Senator Jackson's documents were donated to the University of Washington shortly after his death in 1983, and have been archived there ever since.When the materials were donated in 1983, university staff removed all information considered classified at the time.Additional materials were added to the collection until 1995.
At some point, library staff discovered a classified document in the collection and sent it to the government for declassification. In response, in the summer of 2004, a man who identified himself as an employee of the Central Intelligence Agency (CIA) called the University of Washington asking to inspect Senator Jackson's archived documents housed there. He found a document labelled as classified and showed this to a librarian.[48] In February 2005, 22 years after Jackson's death, a five-person team including staff of the CIA, Department of Defense, the Department of Energy, and the Information Security Oversight Office came to library to review all of Jackson's papers to remove anything still considered classified, or reclassified since then. The Department of Energy found nothing of concern, but the CIA blanked lines in about 20 papers and pulled 8 documents out of collection. As of 2018, some files in the collection are available only to those regarded by the library as "serious researchers", who must first sign a release not to divulge some of the information contained in the files.

The society was founded on 11 March 2005 by academics and students at Cambridge, including Brendan Simms, Alan Mendoza, Gideon Mailer, James Rogers and Matthew Jamison. It organises meetings with speakers in the House of Commons. The society claims that it advocates an interventionist) foreign-policy that promotes human rights and reduces suffering, by both non-military and military methods, when appropriate.
In 2006, the society worked to raise the profile of the Ahwazi Arabs of Iran, who it claims are currently being oppressed by the Iranian government.
After originating within the University of Cambridge, the organisation is now based in London. In April 2011 the entire staff of another London think-tank, the Centre for Social Cohesion (which has since been dissolved), joined the Henry Jackson Society.
The organisation is a registered charity in England and Wales and earns financial backing from private donations and grant-making organisations which support its work. The income of the society increased significantly from 2009 to 2014, from £98,000 to £1.6 million per year.
In 2017 Hannah Stuart, one of the society's Research Fellows, released Islamist Terrorism: Analysis of Offences and Attacks in the UK (1998–2015), which profiled every individual convicted under terrorism legislation in the UK between those dates with an Islamist connection.

The Society has produced a breadth of research reports and papers. These have mostly focused on Islamist extremist activity in the UK, crackdowns on human rights and democracy elsewhere, and various facets of foreign policy and defence.Its current workstreams include:
In September 2018, the Society announced the creation of a new Centre for Social and Political Risk. This Centre will "identify, diagnose and propose solutions to threats to governance in liberal Western democracies", focusing on social cohesion and integration; freedom of speech and political correctness; demographic change; and other issues.

The think tank has been described by the media as having right-wing and neoconservative leanings, though it positions itself as non-partisan.In 2014, Nafeez Ahmed, an executive director of the Institute for Policy Research & Development, said that the Henry Jackson Society courts corporate, political power to advance a distinctly illiberal oil and gas agenda in the Middle East.
In 2009 the society became the secretariat of two all-party parliamentary groups (APPGs), for Transatlantic and International Security, chaired by Gisela Stuart, and for Homeland Security, chaired by Bernard Jenkin. A transparency requirement upon non-profit organisations acting as secretariat at that time was that they must reveal, on request, any corporate donors who gave £5,000 or more to the organisation over the past year or cease acting as a secretariat organisation. In 2014, following a query, the society refused to disclose this information and resigned its position as secretariat of the APPGs concerned in order to comply with the Rules. The Parliamentary Commissioner for Standards, Kathryn Hudson, upheld a complaint against these APPGs on the grounds data had not been provided, but noted the society had already resigned its position and that the consequence of this non-provision therefore "appears to have taken effect" as the Rules intended. The case was therefore closed with no further action taken and the APPGs themselves dissolved with the dissolution of Parliament in March 2015. The APPG Rules were subsequently changed in March 2015 so that only those non-profit organisations providing services to APPGs of more than £12,500 in value needed to declare their corporate donors.
In July 2014 the Henry Jackson Society was sued by Lady de Rothschild over funds of a "caring capitalism" summit. Lady de Rothschild claims that she has financed the summit and that HJS and its executive director Alan Mendoza are holding £137,000 of “surplus funds” from the conference that should be returned to the couple’s investment company EL Rothschild.
Think tank discussions on the Middle East and Islam have led some media organisations to criticise a perceived anti-Muslim agenda. Marko Attila Hoare, a former senior member, cited related reasons for leaving the think tank and Scottish Labour leader Jim Murphy was urged, in 2015, to sever his links with the society.
According to the report published in 2015, "a right-wing politics is apparent not only in the ideas that the Henry Jackson Society promotes, but also emerges distinctly on examination of its funders."
In 2017, the Henry Jackson Society was accused of running an anti-China propaganda campaign after the Japanese embassy gave them a monthly fee of 10,000 pounds.The campaign was said to be aimed at planting Japan's concerns about China in British newspapers.
Co-founder Matthew Jamison wrote in 2017 that he was ashamed of his involvement, having never imagined the Henry Jackson Society "would become a far-right, deeply anti-Muslim racist [...] propaganda outfit to smear other cultures, religions and ethnic groups." "The HJS for many years has relentlessly demonised Muslims and Islam."
In January 2019, Nikita Malik of the Henry Jackson Society provided The Daily Telegraph with information they claimed showed a Muslim scout leader was linked to Islamic extremists and Holocaust deniers.In January 2020 The Daily Telegraph issued a retraction and formal apology saying that:
"the articles said that Ahammed Hussain had links to extremist Muslim Groups that promoted terrorism and anti-Semitism, and could have suggested that he supported those views and encouraged their dissemination. We now accept that this was wrong and that Mr Hussain has never supported or promoted terrorism, or been anti-Semitic.We acted in good faith on information received but we now accept that the article is defamatory of Mr Hussain and false, and apologise for the distress caused to him in publishing it. We have agreed to pay him damages and costs."
The initial signatories of the statement of principles included:
International patrons included Richard Perle, William Kristol, former CIA Director R. James Woolsey Jr., and former Lithuanian leader Vytautas Landsbergis.

This has been a rabbit hole and only half the story regarding Lady Forester. Then only link between Lady Forester and Jeffrey Epstein is In 1995, financier Lynn Forester discussed "Jeffrey Epstein and currency stabilization" with Clinton. Epstein, according to his own accounts, was heavily involved in the foreign exchange market and traded large amounts of currency in the unregulated forex market. I will post another story Lady Forester and the coalition for Inclusive Capitalism.

88 Structure of the Federal Reserve System